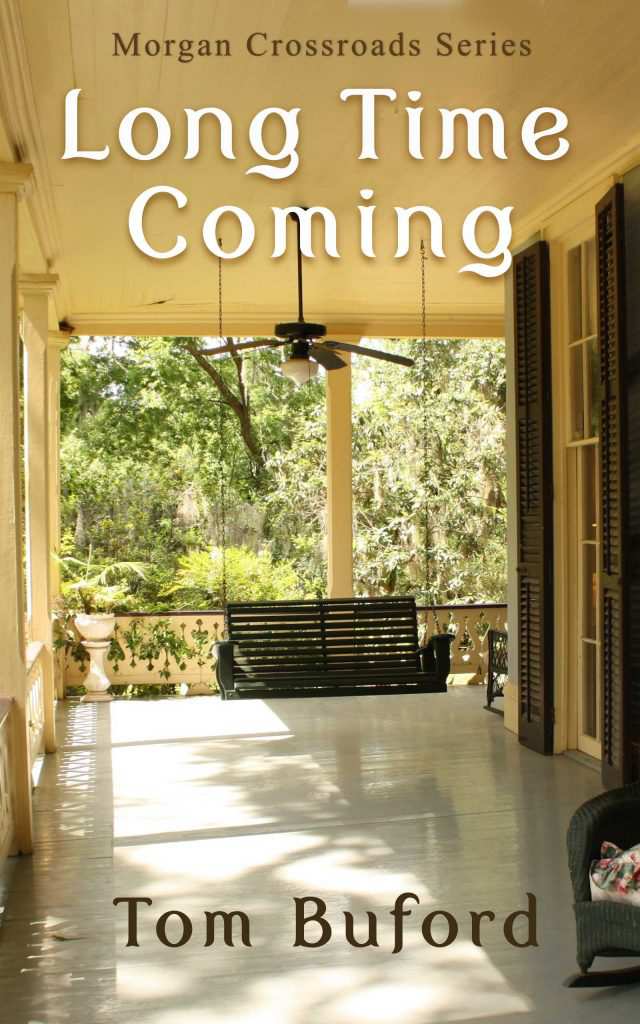 What exactly are two single women, whose age is somewhere north of seventy, doing on a westbound Greyhound?

Long Time Coming is the first book in the Morgan Crossroads series of clean small town and rural fiction from author Tom Buford. You’ll fall in love with Morgan Crossroads, Alabama and its residents. In fact, with no Walmart, a traffic light that works most of the time, and a gossip line like none you’ve ever seen, you may just decide to move there.

Order Now!
About the Book

Can a secret relationship with an old friend from fifty years ago be rekindled? It’s been more than five decades since Marcella Peabody last spoke to her college boyfriend, the love of her life. She’s never spoken of him to anyone else, either, including her long deceased father whose photo she talks to daily.

Her mother had died giving birth to her and her father had done his best to fill the roles of both father and mother. When he died, Marcella was left with a void that she’d thought might never be filled. Then, the tallest man to ever grace the porch of Brown’s General Store in Morgan Crossroads, Alabama stops by for a single night. He and his dog Spotlight, whose parts don’t all work exactly right, move on, but not without leaving behind them the seeds of change that will forever transform Morgan Crossroads and its beloved residents and most of all, Marcella.

Most tales that one hears from the women in Polly’s House of Beauty or the men on the front porch of Brown’s General Store have a least a morsel of truth in them. The trick is to figure out which do and which don’t. When Marcella and her life-long friend, Eva Jo, take off on an unannounced bus ride to Texas with nothing more than a pile of luggage and Marcella’s wish to bring back the past, the Morgan Crossroads gossip lines light up. The women and men both have something new to figure out. What exactly are two single women whose age is somewhere north of seventy doing on a westbound Greyhound?

You’ll fall in love with Morgan Crossroads, Alabama. In fact, with no Walmart, a traffic light that works most of the time, and Dora Mae Crawford’s occasionally correct version of the news in her Whipper County Gazette, you may just decide to move there.

Then Came Edgar is the first book in the Morgan Crossroads series of clean small town and rural fiction from author Tom Buford. 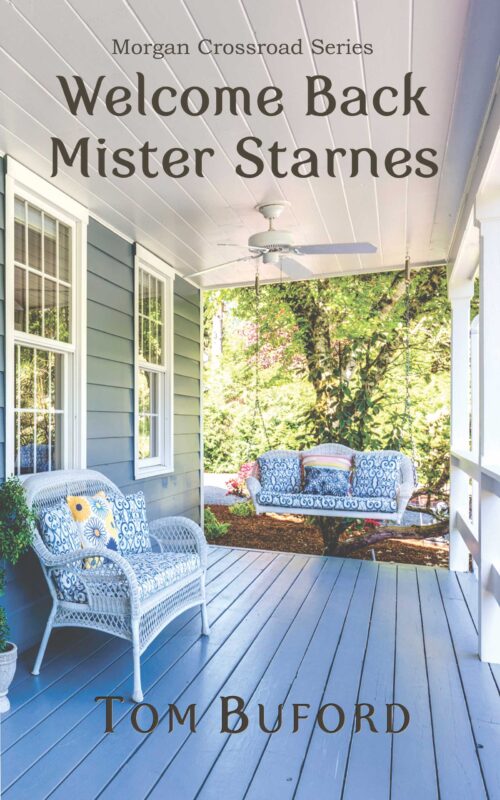 Long Time Coming - Ebook Edition
Preview
Disclosure of Material Connection: Some of the links in the page above are "affiliate links." This means if you click on the link and purchase the item, I will receive an affiliate commission. That commission does not affect the price you pay for the products. Tom Buford is a participant in the Amazon Services LLC Associates Program, an affiliate advertising program designed to provide a means for sites to earn advertising fees by advertising and linking to amazon.com. For example when you purchase his books from Amazon through tombuford.com, your order is sent to Amazon.com through the Associates Program. I am disclosing this in accordance with the Federal Trade Commission's 16 CFR, Part 255: "Guides Concerning the Use of Endorsements and Testimonials in Advertising."