Disclaimer: Some of the links on this page may be "affiliate links." This means if you click on the link and purchase the item, TomBuford.com may receive a commission at no cost to you. More info in our compensation disclosure here.

Johnny Mack Durant admitted to smashing the entire left side of one of Morgan Crossroads’ most notable relics. The incident occurred on Tuesday of last week. However, other commitments (namely, the world’s worst case of the flu) kept the publisher from printing until now.

Miss Marcella Peabody was in Lassiter’s Laundromat washing towels, due to her machine failing to operate as it normally does. She told this reporter that she heard a sudden crashing or crunching sound and when she looked out the window, she saw that a tractor with Mr. Johnny Mack Durant in the seat had dragged a hay baler all the way down the side of her 1973 Cadillac Fleetwood. Until then, that car had been one of the most notable relics in and around Morgan Crossroads.

Mr. Durant said that he had attempted to miss a yellow tabby cat that ran in front of him. He apparently missed the cat and hit the car.

The county sheriff’s department was called to investigate the incident but refused to press charges because Miss Peabody believed the damage was caused by mistake. Mr. Durant promised to pay Miss Peabody for the car which was a total loss. Sources, which shall remain unnamed, told this reporter that Mr. Durant was not only towing a hay baler, but also a wagon, and that the wagon almost took out the fire plug when Mr. Durant came around the previous corner.

This reporter has been roundly criticized for it, but it is her unbiased opinion that tractors should only be allowed on public streets on days when no one else is using them.

(NOTE: This article from the Whipper County Gazzette archives appears here by permission of publisher and reporter Dora Mae Crawford.)

Free...the story that started it all!

Tom Buford is a participant in the Amazon Services LLC Associates Program, an affiliate advertising program designed to provide a means for sites to earn advertising fees by advertising and linking to amazon.com.

Living With Fibromyalgia Patients: 79 Ways You Can Make Their Lives Better – ebook version 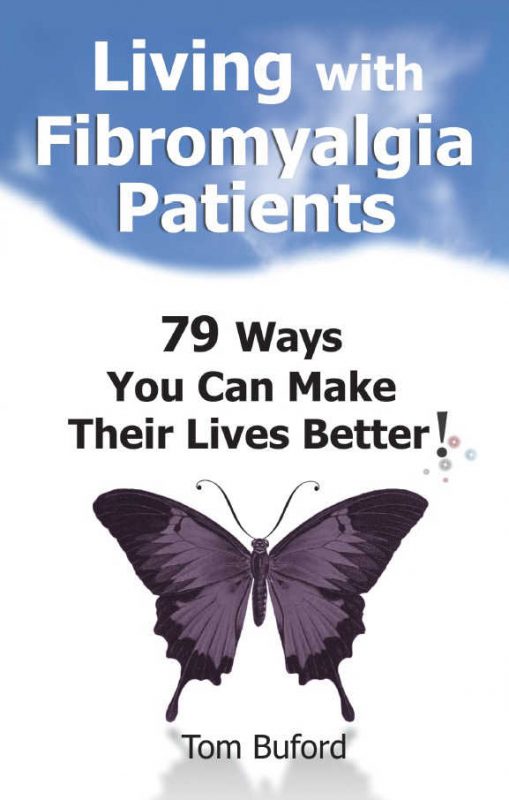